I was born in Newark in 1969 I have been an animal lover for as long as I can remember. From the age of 4 we had pets at home, Prudence and Tabitha the cats, Hamlet the hamster, Clinton the black Labrador arrived when I was 10, and after 5 years of riding lessons and much pestering Starskey the pony joined the family when I was 11.

Aged 16 I started my working life as a YTS trainee at F.J. Collishaw’s Saddlery in Newark, learning the craft of saddlery, repairing tack and helping Fiona to run the shop. I still have my saddlery tools today and do occasional leather repairs and make bespoke dog collars and leads.

My next move took me into full time training with horses specialising in dressage, first working with international dressage rider/trainer/judge Stephen Clarke in Cheshire then with the TTT Trust in Surrey.

Sadly in 1994 having lost my dressage horse with a severe bone spavin and feeling somewhat disenchanted I set off for a 3 month working holiday in Qatar… this was when I first came up with the idea of Aunt Sally Animal Nanny!

On returning home to the UK, I needed to get some money behind me to set up my business so took a position as store manager at Forrest Feeds in Edingley. I was enjoying the job so much I decided to “park” the Aunt Sally idea for the time being and for the next 5 years worked alongside owners Jim and Julia, helping run the business, I studied for the AMTRA SQP licence to sell animal medicines and gained “nutritional advisor” certificates from Dodson & Horrell, Spillers, Iams/Eukanuba, Hills and Nestle Purina.

During this time bought my first house in Farndon and got my own dogs Oscar and Peanut.

Late 1999 I left Forrest Feeds to join Nestle Purina as a territory sales manager where I worked for the next 8 years. Sometimes Oscar and Peanut came to work with me and sometimes they stayed home and were looked after by Carol Murfin who runs Newark Petcare Services and still remains a good friend. During my time at Purina I had various roles and was lucky enough to work with and learn from some of the most highly regarded, knowledgeable nutritionists, dog handlers, trainers, vets and behaviourists from around the world. I still recommend Purina Pro Plan dog food today!

In 2008 I moved to IDEXX Laboratories where I stayed for just over 3 years. I learned about veterinary diagnostic testing; biochemistry, haematology, histology, cytology and microbiology and also about disease management; I managed a team of salespeople who sold these testing services to Veterinary practices across the UK. Although rewarding in some ways, I missed the interaction with pets and their owners so in 2011 moved back to the pet industry.

From April 2011 to April 2013 I worked for Supreme Petfoods, working with breeders, rescue centres, vets and major pet store chains, further expanding my knowledge and experience to include the care and nutritional needs of rabbits, Guineas and many other small furries.

After almost 2 years with Supreme I started to think seriously about working for myself again, I put together a business plan for Aunt Sally Animal Nanny and in March 2013 I handed back my company car keys and made the brave move to go it alone!

Over the years I have been privileged to live and work with animals, I have learned training techniques from some of the world’s top trainers and have gained a wealth of knowledge and experience of a wide range of companion animals, their needs and their behaviours.

My experience has taught me that best results come from kind but firm training methods, that consistency of message is vital and regular socialisation is paramount.

A well trained, well socialised dog is a happy dog and a joy to own.

Oscar and Peanut left us some years ago and I sadly lost Chip in January 2021 but Tally is still with me and goes out with the gang every day! 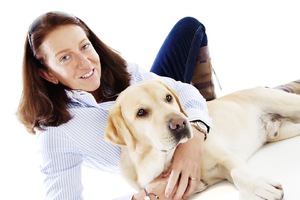 Weekends & Bank Holidays by special arrangement for regular customers only